Beta glucans have been touted as the BEST health supplement for the 21st century in our fight against chronic diseases and even cancer. But what is it actually and should you incorporate good quality beta glucan products into your long term nutritional program?

What is Beta Glucan?

Beta glucan is a type of health-promoting sugar or polysaccharide commonly derived from the cell walls of yeasts, oats, barley and mushrooms. Depending on the source, beta glucans have differing properties and therapeutic effects.

Cross section of cell wall of yeast showing location of beta glucan. It is necessary to break down the hard walls called Chitin via extraction in order to release the beta glucan. Chitin is the reason why we should go for mushroom extracts and not ground/pulverized mushroom powder which are unprocessed with chitin blocking access to the beta glucan

Beta glucans have been known for decades as Biological Response Modifiers (BRMs), which are substances that modify immune response. They trigger the body’s natural defence mechanism when it is underperforming, bind to immune cells (such as the macrophage) and activate them to kill foreign bodies such as cancer cells. This is actually a natural, powerful immunotherapy, which is a type of treatment that mobilizes the body’s immune system to fight cancer. However it has NO harmful side effects. Products containing beta glucans are commonly prescribed to hospital patients in Japan, China and Korea, as adjuvant therapy alongside conventional cancer treatment.

Beta Glucan is also well known as an Immune System Modulator. Immune modulation is more than just boosting the body’s immune system. It involves bringing the ratio of the different immune cells back into balance to enable the immune system to function correctly. If the immune system is overactive, it will calm it down. If it is underperforming, it will power it up. When our immune system is balanced, we experience the best of health.

This is perfectly consistent with medicinal mushroom products which have been known in Traditional Chinese Medicine to have a balancing and wholesome effect to the body, even under long term consumption,. In other words, they are adaptogenic – they offer a suitable response depending on how the body is functioning. Restoring healthy immune function is especially important for patients suffering from autoimmune disorders and cancer.

Therefore, Beta glucan can be used as a premium prophylactic for healthy people as well as a restoring adaptogenic supplement for sick people.

Which type of Beta Glucan is the best?

Frankly speaking, the “answer” can be found on the website you go to. If you are visiting a website which markets or sells beta glucan from yeast, it will claim that the yeast-based product is the best form to be taken by the human body. If the website is supplying mushroom-based beta glucan, it will claim likewise too. So who should we believe in? We believe the real answer can be found in independent medical research with NO commercial interest AND not funded by companies selling the tested products. For an intelligent consumer like you, this should be the best way to look for the answer too!

One of the main researchers investigating beta-glucans and their therapeutic potential is Vaclav Vetvicka Ph.D. (University of Louisville, USA). He published many papers on the subject. However, in recent years, he has had a commercial interest with a certain manufacturer of yeast-based beta glucan.

Beta-glucan: Silver-bullet-or-hot-air (2010) is a research paper where 16 commercially available beta-glucan-containing supplements were tested for efficacy.

An Evaluation of the Immunological Activities of Commercially Available β1,3-Glucans (2007) which shows a similar outcome.

Findings of the two papers, coupled with latest medical discoveries can be summarized as below:

1) Mushroom extracts containing ≥ 20% beta-glucan are found to be almost as active as yeast-derived beta-glucan supplements with a purity of ≥ 83 – 86 %. In other words, to achieve a similar effect on the immune system you get from taking a high-quality mushroom extract, you’ll have to take ± 4 x the amount of yeast beta-glucans.

2) Mushroom extracts contain much more bioactive ingredients than just (1>3)(1>6)beta-D-glucans, including other types of bioactive beta-glucans, sterols, triterpenes and trace minerals. Glucans linked to peptides /proteins (proteo-glycans and polysaccharide-peptides) are also present. It is very likely there is a synergy between these bioactives, therefore increasing the therapeutic potential.

3) Mushroom extracts contain mostly soluble beta-glucan, whereas yeast beta-glucan is mostly insoluble, which means nutrients of mushroom extracts are better and easily absorbed by the body. In addition, soluble polysaccharides (such as mushroom-beta-glucans) bind to bile acids in the small intestine, making them less likely to enter the body; this in turn lowers cholesterol levels in the blood.

Mushroom extracts also attenuate the absorption of sugar, reduce sugar response after eating, normalize blood lipid levels and, once fermented in the colon, these soluble glucans produce short-chain fatty acids as byproducts with wide-ranging physiological activities. Insoluble glucans such as found in yeast have a more limited therapeutic potential.

The conclusion is clear – both are excellent forms of beta glucans but mushroom extracts are better. Mushroom extracts achieve a similar immune-modulating effect at a significant lower dosage and on top of that, have many other beneficial health effects not found in yeast beta-glucan products. Yeast is not known to be a powerhouse of bioactive ingredients, which medicinal mushrooms have been famous for.

NOTE: Do not confuse such high quality mushroom extracts with cheap mushroom supplements sold in USA. The latter group uses a grain substrate or main body to cultivate mushrooms, and grind or pulverize the mycelia/fruiting body and substrate together into powder. Research reveals that such grain-based supplements are full of starch with unwanted fillers and contain very low beta glucan content!

Other major differences between yeast-based and mushroom-based beta glucans: 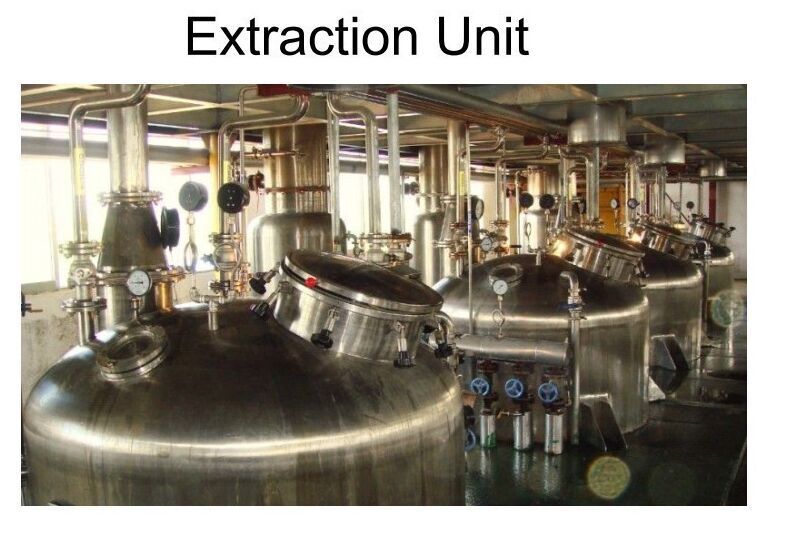 Our medicinal mushroom products have consistently achieved about 40% beta glucan content in third-party testing using the Megazyme assay test kit from Ireland. It is a groundbreaking and novel method which has been widely accepted as the standard test for beta glucans in yeast/mushroom products in recent years. Such Certificates of Analysis (CoAs) are available from HERB SINGAPORE upon request. Performance of this very high amount of beta glucans is likely to exceed the performance of beta glucans in yeast-derived products, as shown by our two mushroom extracts below: 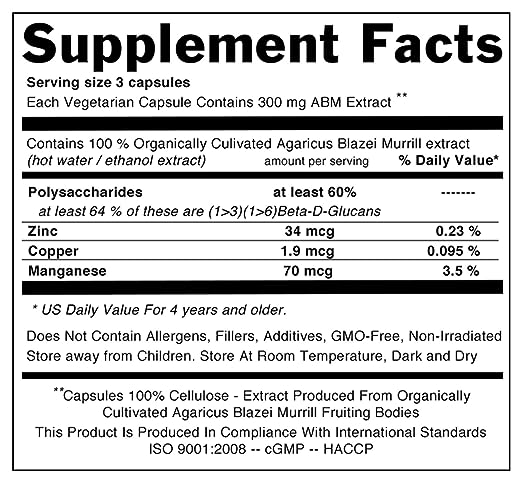 Therefore, in terms of value for money and the ability to offer a wholesome synergistic effect to the body, our astute customers certainly know which is better!

To obtain medicinal mushroom products with certified high beta glucan content, such as Maitake Extract ($125*), Agaricus ABM Extract ($115*) and others, contact us @6389-3188 or whatsapp @9108-1059 for order inquiries and free home delivery to a local address in mainland Singapore. Such products last 60 days (2 months) per pack for normal usage. For people with serious health condition, it is recommended to take 16-20 capsules per day.

NOTE: For every purchase, you will receive a leaflet with detailed instructions on consuming the product. A Certificate of Analysis (CoA) showing active ingredients and heavy metals test results can be supplied if requested upon ordering.

* Price discounts available for 3 pieces or more.  Contact us for details.